Freedom Fighter was formed in 1980 from the six guys, all sufferers of Muscular Dystrophy and residents of Shaftesbury House in Wimborne Road, Bournemouth.
As Radiance, they recorded a demo tape of the Steppenwolf number ‘Born to be Wild’ and Free’s ‘All Right Now’ with Claudette in December of that year and performed their first gig at Shaftesbury House on Saturday, 20th June 1981. 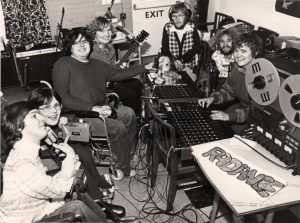 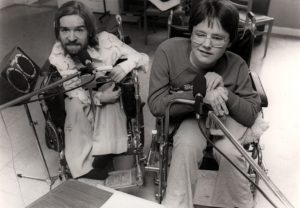 Stevan Perkins: “I first sang in public at a Club in Reading, that’s when I knew I wanted to be in a Band, so when two residents appeared at the Hostel who played guitar I started singing with them.
Stephen Elmer: “I first started singing when I was 12 and later joined the school choir, at that time I wanted to be in a band but someone at school told me I would never be in a group playing rock music.” 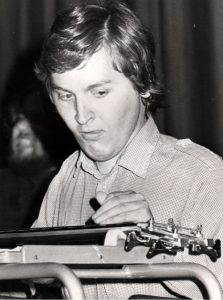 “The reason I play Bass Guitar is because the group needed one………. and it’s a challenge to see if we are as good musicians as anyone could be, sitting in a chair, not that I think about that.’Mark Sawyer – Bass Guitar 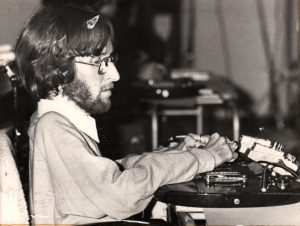 “One of our aims is to make people aware of the disabled and I feel music is a great way of putting over our point of view, that is why I wrote ‘Treat Me Right‘. I want to be given a chance to lead as normal a life as possible.” 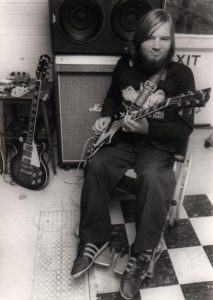 “I got my first guitar in ’73 after hearing JImi Hendrix…… the first three songs I wrote were based on ideas I’d formed in my head when I was at Hinwick Hall, Northamptonshire” 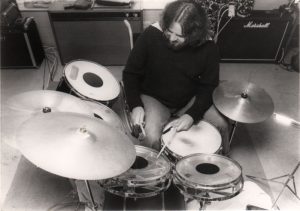 “In 1976 I was in a small band playing Summer Fêtes and Christmas Bazaars and although I had a guitar I had to play drums because I was the only one who could and this is the main reason I play drums in Freedom Fighter.” 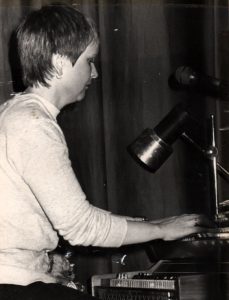 “Meeting, recording and playing with Freedom Fighter really changed my attitude to how people in general treat people with disabilities.”

After that first gig at Shaftesbury House everything change for the Band, as well as raising money for much needed equipment and a live recording of the performance was sold to boost funds. Now everyone accepted they could play well and so with Claudette’s assistance the guys were encouraged to write their own songs based on their ‘life’ experiences and so Freedom Fighter was born. 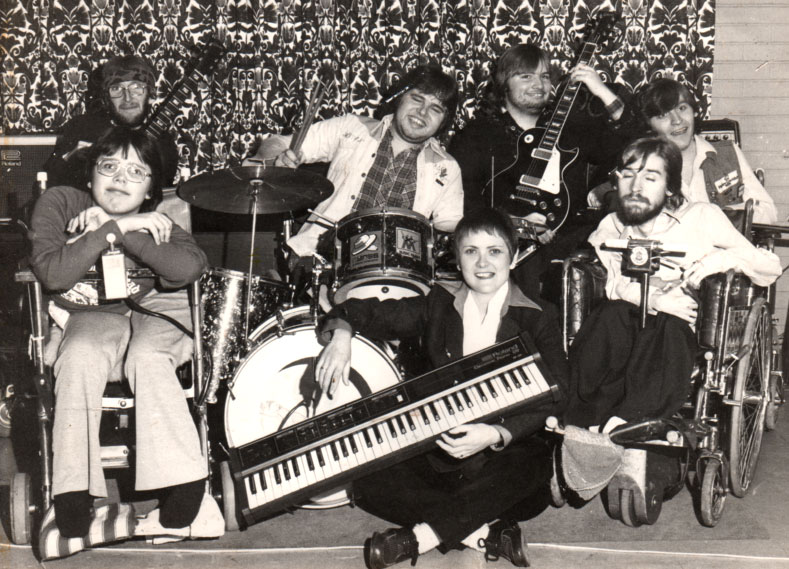 Following this success the Band released a 6 track cassette ‘Wheels of Fire’. The cover being designed by Alan Reade.

Their second Concert was at Fourways Day Centre, Poole followed by a visit to Brokenhurst College, where they performed to an audience of 700 students and guests followed by a return appearance at Shaftesbury House.
So many people helped in their growth commencing with Eddie Moors Music who gave Stevan Perkins a Synthesiser and following the publicity surrounding the exploits of this amazing Band, 20th Century Frox gave the Group £500 raised from their Charity Drag Revue Show to help Freedom Fighter realise their dream of making an Album and in January 1982 that dream became a reality.
Here’s ‘Rockstar’ taken from Freedom Fighter’s first Album, with lyrics as relevant today as when recorded in 1982. After an unexpected delay due to the demise of pressing company, the first Album is finally launched.

February 13th 1982 saw the Band travel to London to top the bill at the Oval House Theatre as part of the Festival for Artists with Disabilities, performing to a capacity audience. An overflow audience were able to view the performance via a Colour video relay. This gig resulted in very favourable write-ups in ‘Sound’ magazine, NME and the Times as well as local Dorset based newspapers. One of the most popular tracks was the title track ‘Freedom Fighter’.

In July Freedom Fighter was invited to appear and perform on ‘Link’ a programme aimed at disabled people where they performed ‘Four Wheeled Species’ live.

Later in the year and coupled with sales from this and the album, Freedom Fighter raised enough money to realize their dream of recording ‘Clarence’ The Story. This concept Album, released in 1984 as a cassette combined all the band members experiences of life suffering from Muscular Dystrophy incorporated in one person, Clarence Reginald McDivy. Sadly it was recorded without their main vocalists, as Stevan Perkins passed away in September ’82 and Stephen Perkins in August ’83. The vocals were taken by Alvin George and Claudette Evans with the remaining members as backing vocalists.

1985 saw the final recording by Freedom Fighter and the remaining members, released as a single on the Solent record label the A side was written by Daryl George and Claudette Evans entitled ‘Shady Lady’ and featured the use of a sequencer and programmed drums for the first time as well as Claudette taking the main electric guitar solo: